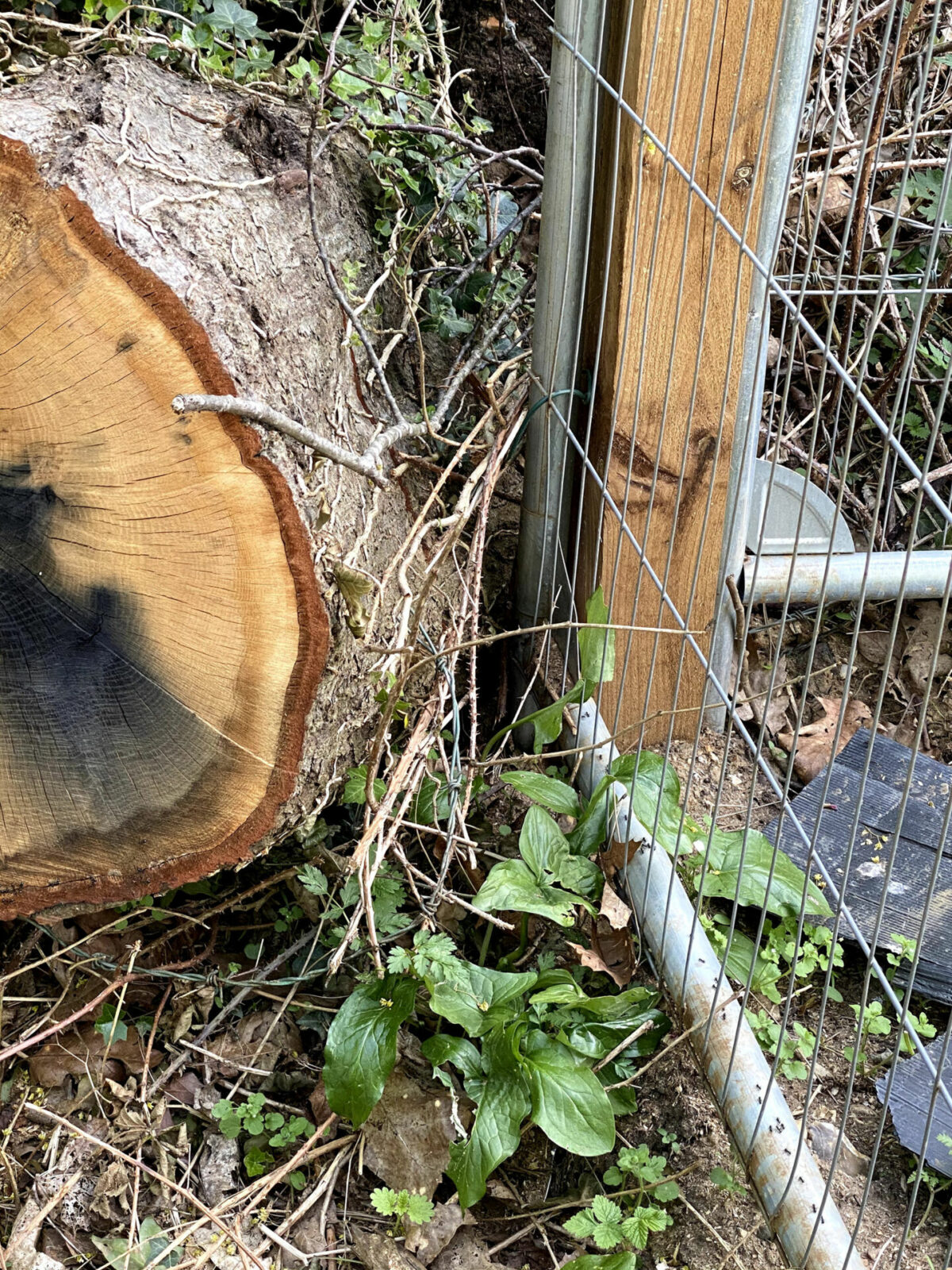 A tree on Bramble Lane fell after the construction works were carried out adjacent to it for the installation of fencing for High Leigh Garden Village, a post was dug directly next to the tree potentially damaging it. Broxbourne Borough Council will not peruse the matter as they don’t believe the fencing has caused any damage and likely wish to protect the developers interests. We now have a fallen tree, fencing installed next to trees and their root systems and cement overflowing some of the posts of the newly installed fencing. All of this occurred inside a Tree Preservation Order, which is meant to protect the trees but the council will not uphold the trees legal protections.

“There is an uprooted tree by the roadside that was decayed, however this
is not blocking access and was not caused by the fence.” – https://www.whatdotheyknow.com/request/bramble_lane_hoddesdon_tpo

Why we disagree with Broxbourn Borough Councils view

They have offered no explanation as to why they believe the tree has fallen. They have also entirely dismissed the fencing as causing any effect, even though it was extremely very close to a protected tree.

Their stance on these protected trees is questionable, as they do not seem to be investigating the issues of installing fencing directly next to trees.

They so far have dismissed out of hand that the fencing has or will cause any damage to the trees, yet we already have 1 fallen tree. The council likely wish to continue to protect the interests of the developers so aren’t investigating the matter properly.

It seems likely carrying out construction work in a TPO, installing fencing next to trees and evacuating the soil may have some impact on the health of trees.

We also would have expected that a permission would have been sought to carry out works on Trees on Bramble Lane, yet none was sought.